The Regional Estuaries Initiative supported the ongoing water quality, seagrass and macroalgae monitoring of the Leschenault Estuary since 2016 with monitoring continuing through Healthy Estuaries WA.

Below is the latest data about the condition of Leschenault Estuary.

Seagrass meadows are an important part of estuarine ecosystems, providing habitat and food for birds, fish and crustaceans. They contribute to good water and sediment quality by consuming nutrients and oxygenating the water and are estimated to provide $12 million per year in ecosystem services to WA estuaries. Seagrass meadows also store carbon and release oxygen – making them a strong ally in the fight against climate change.

Seagrass condition and distribution throughout an estuary can provide important information about the overall health of the estuary and the quality of water entering it from  streams, creeks, rivers and drains.

Three species of seagrass occur in the Leschenault Estuary. Halophila ovalis (left image) is dominant, and is generally found throughout the estuary basin. Ruppia megacarpa (centre image) is often observed along the eastern shoreline. Zostera muelleri (right image) is found near the Cut, where the waters are more marine. 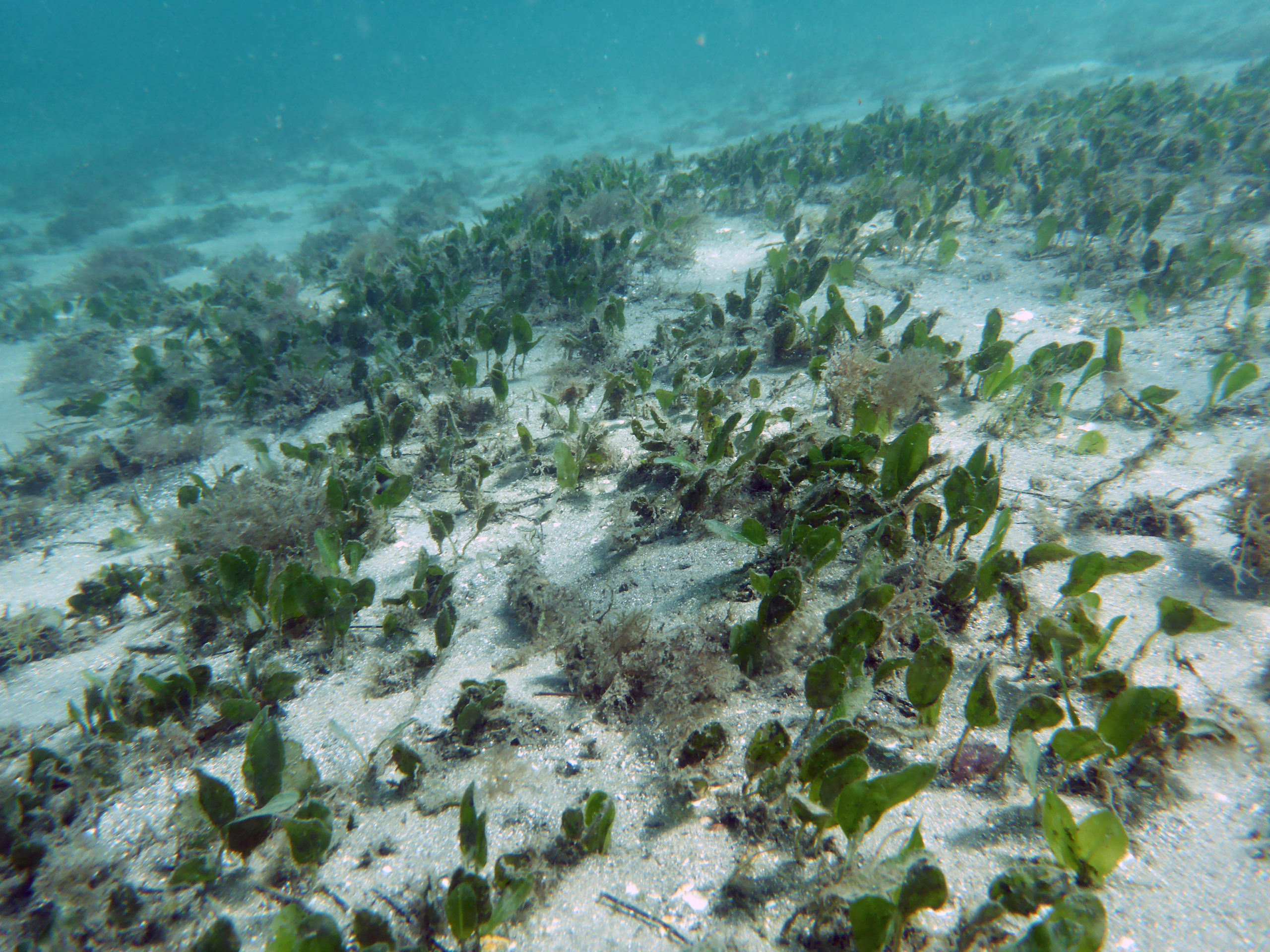 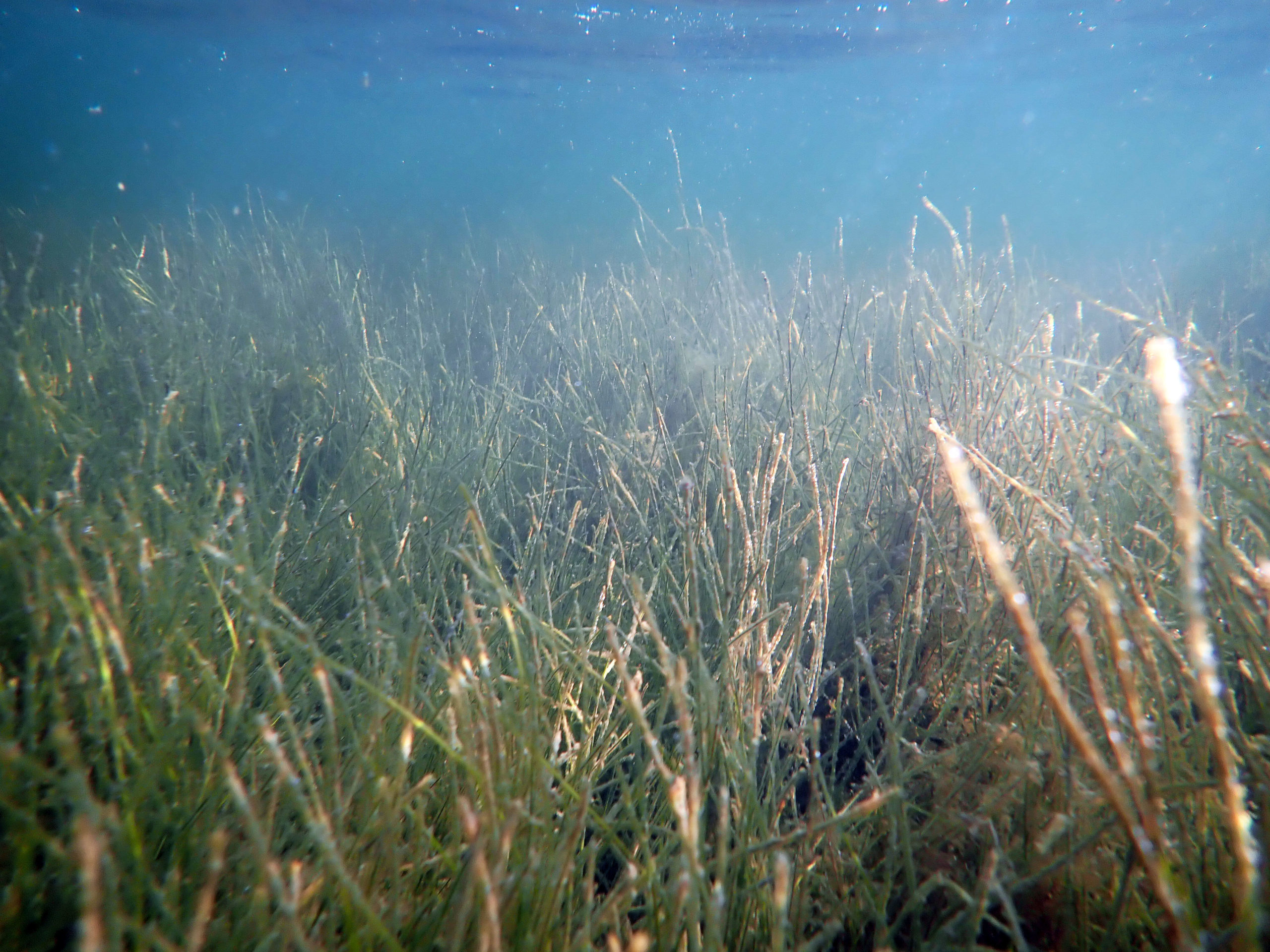 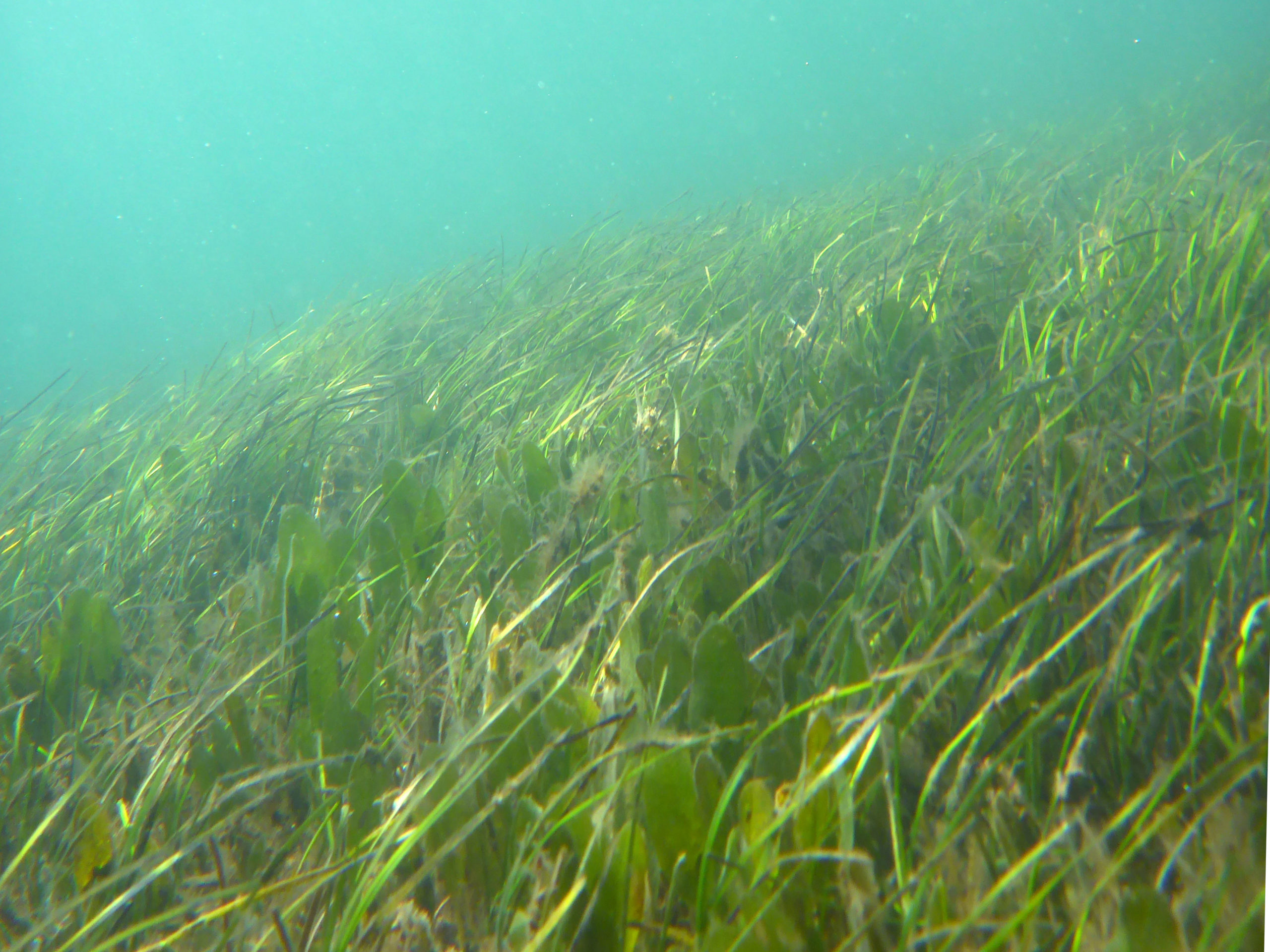 Seagrass distribution in the Leschenault Estuary 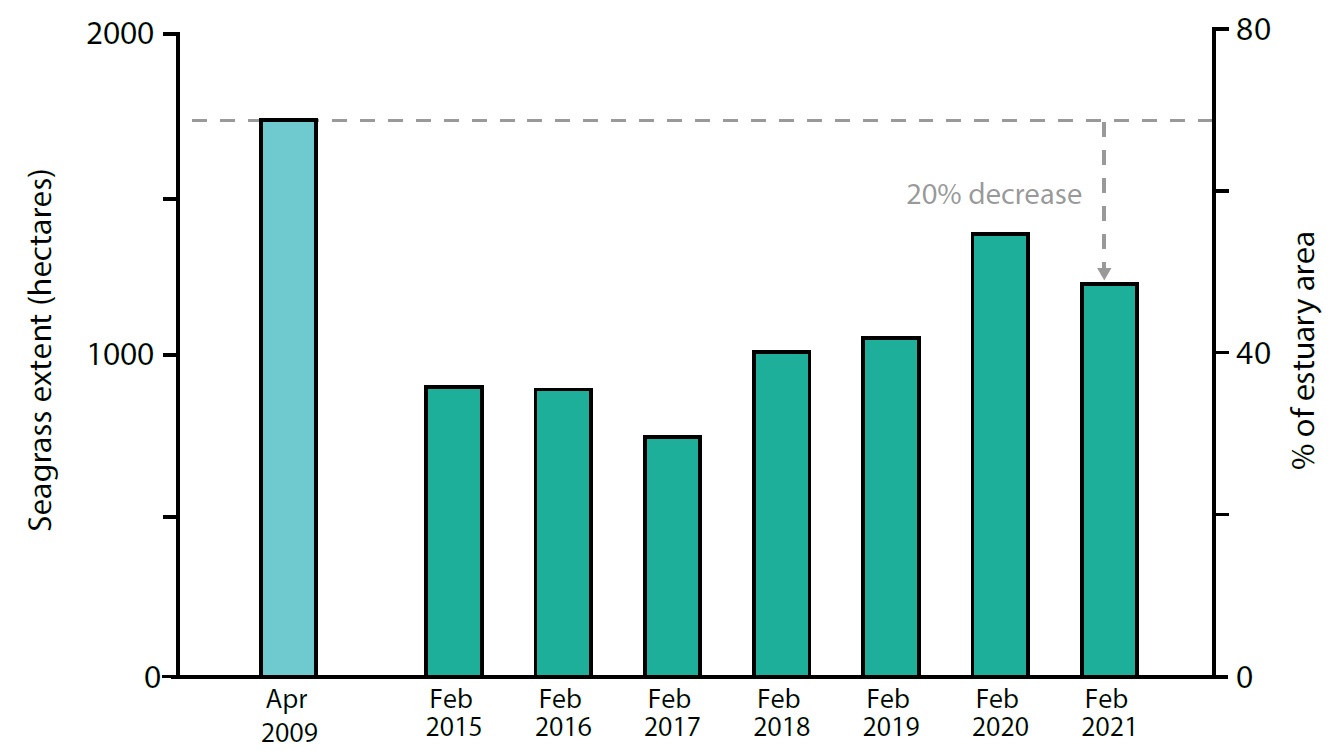 In early 2021, the department estimated seagrass was spread across 1,229 hectares of the estuary, which is about 49 per cent of the estuary area. The areas with the densest seagrass cover were close to the Cut and along the eastern shoreline, north of Australind.

Compared with 2020, there was a slight decrease in the extent of seagrass and the density of cover. Halophila remains the most dominant species. Ruppia continues to expand its range, particularly along the eastern shoreline. Zostera has maintained localised distribution close to the Cut, where salinity levels are most stable.

Overall, in February 2021, seagrass in the Leschenault Estuary was in a stable and good condition. However, recovery of seagrass in the northern basin is slow and highlights the importance of continuing work to improve water quality. 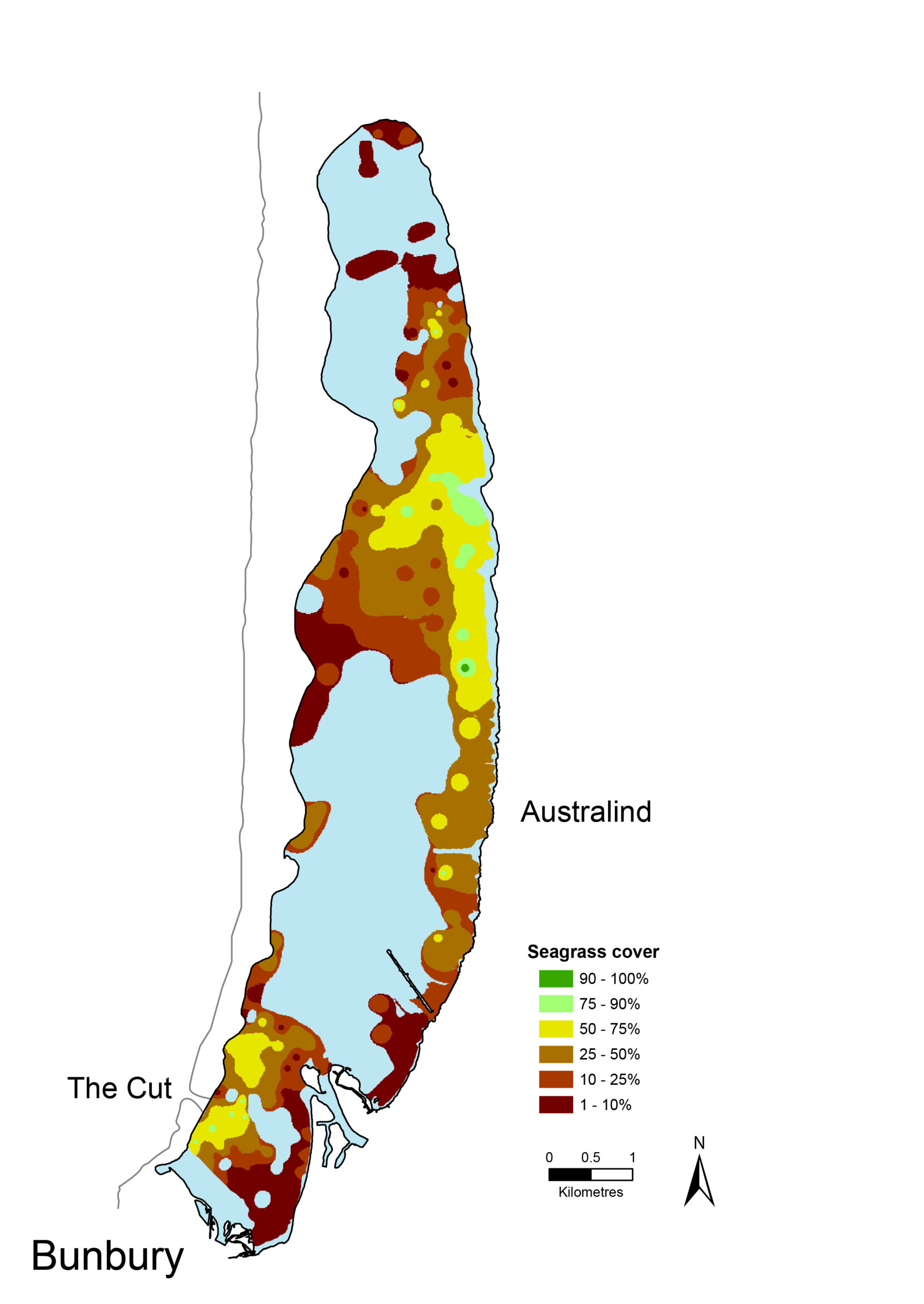 Macroalgae (or seaweeds) are a vital and natural part of many estuarine and marine ecosystems. They provide important habitat and food for many creatures, as well as perform essential ecological functions like oxygenating water and absorbing nutrients. However, an overabundance of macroalgae can become a problem, and often indicates too many nutrients in the water – so they can be indicators of water quality. Assessing macroalgae in estuaries forms part of our integrated understanding of ecosystem health.

As part of the Department of Water and Environmental Regulation’s (the department) seagrass monitoring, an annual snapshot survey occurs during the summer months in the Leschenault Estuary. Previous studies on the distribution and types of macroalgae have characterised seasonal patterns in abundance and distribution. These studies, combined with the department’s snapshots, can provide an idea of some (but not all) of the species that can be found in this estuary.

Macroalgae are generally grouped based on their appearance or pigment in their tissue. Some of the macroalgae found in the Leschenault Estuary include:

The area with macroalgae present in February 2020 was about 1,100 hectares – approximately 43 per cent of the estuary. Macroalgae was densest in the northern section, dominated by the green algae Chaetomorpha and Acetabularia, and the brown algae Caulocystis. Chaetomorpha and Caulocystis were also commonly found in the mid-section, as well as the green algae Caulerpa. Red algae, like Laurencia, favoured the southern section where there was greater marine influence, but were also found in lower numbers across the estuary.

A historical survey between 1984 and 1993 found that the brown algae Hormophysa was widely distributed in the northern section of the estuary, but was not observed in more recent department surveys. Red algae were also shown to reach maximum abundance in spring during this historical survey period, but seasonal patterns were not as clear for brown and green algae.

Recent departmental snapshots of macroalgae have been opportunistic and coincide with the assessment of seagrass habitat. As such, identifying seasonal trends has not been possible in more recent years for macroalgae. Macroalgae snapshots will continue in the Leschenault Estuary as part of Healthy Estuaries WA and this page will be updated as new information becomes available.

The complex geomorphology of the Leschenault Estuary creates a variety of hydrodynamic zones:

The salinity differences between surface and bottom waters in both wet and dry seasons show that the waters are rarely flushed with freshwater from the rivers and stratification is persistent. Like the Brunswick River, bottom water oxygen concentrations were consistently low in 2016–19, especially in the dry seasons.

Surface waters were fresh to brackish. Unlike the Brunswick and Collie River systems, the waters in the Preston had a healthy oxygen concentration. This is probably because the river is shallow and does not have excessively high organic loads (which can consume oxygen).

During the monitoring period, there was a small decrease in winter salinity averages in the estuary basin to below seawater levels, showing the influence of the freshwater river inputs. However, the estuary is strongly influenced by tidal exchange and in summer the limited freshwater input to the northern basin leads to hypersaline conditions. The oxygen status of this system was good in both seasons.

This area is often hypersaline, particularly during the summer (up to 1.5 times as salty as marine water), due to high evaporation rates and poor flushing. Because of the shallow depth of this system, only surface oxygen concentrations were measured, and showed elevated values all year. While high oxygen concentrations are generally good, excessive concentrations in day-time values can also indicate algal bloom activity. 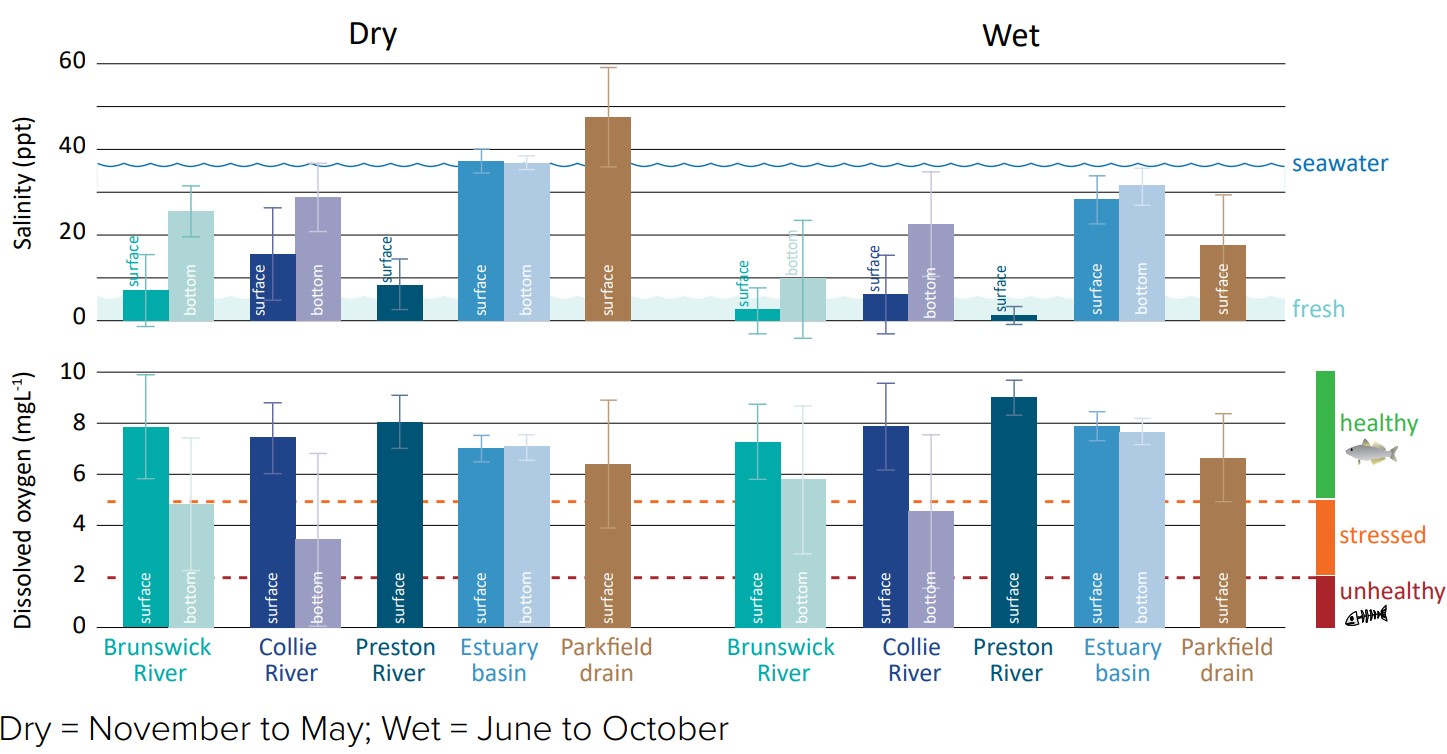