Seagrasses are considered the ‘canary’ of the marine environment since they require good water and sediment quality in order to thrive. Seagrasses are true flowering plants that grow completely submerged underwater. They provide important habitat and perform essential ecological functions within estuarine and coastal ecosystems. Unfortunately, seagrass is declining at an accelerating rate worldwide, due the enormous pressure that humans place on their coastal marine ecosystems.

Assessing seagrass habitats is a key component to understanding the health of our estuaries. As primary producers, along with algae, they provide the base of the estuarine food web and are important habitats for invertebrates and fish. Additionally, seagrasses stabilise sediments and protect shorelines. Unfortunately, seagrass is vulnerable to smothering and shading by nuisance algal blooms, as well as more direct forms of disturbance. 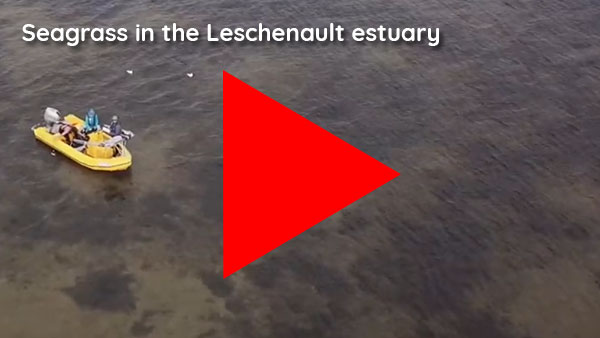 Three species of seagrass are found in the Leschenault Estuary – Halophila ovalis, Ruppia megacarpa and Zostera muelleri. Large areas of seagrass are present along the eastern margin, with more discrete patches on the western shoreline and central parts of the estuary. Halophila is most common, Ruppia is predominantly along the eastern shallows, and Zostera, favouring marine conditions, is only found near "the cut".

A study of seagrass in the Leschenault Estuary, carried out between 1984 and 1993, found that Halophila was widely distributed in the estuary only absent from a small area in the deepest part of the basin.

Seagrass is again being monitored in the Leschenault as part of Healthy Estuaries WA. We are assessing the distribution, density and some indicators of its condition. This page will be updated as new information becomes available.

See how we measure growth of Halophila. 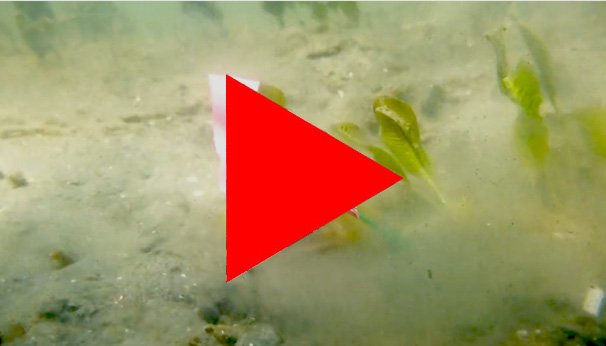