Macroalgae (or seaweeds) are aquatic plants that form underwater gardens and can be seen by the naked eye. Despite being known as ‘weeds’, macroalgae are an important and natural component of many marine and estuarine ecosystems, so they are not weeds at all. Around 1,000 species of macroalgae have been described across Western Australia’s (WA) marine and estuarine environments.1 Many macroalgae in WA estuaries fall into the following groups based on their appearance or pigment in their tissue:

Macroalgae should not be confused with seagrasses. Macroalgae derives nutrients directly from surrounding water through their tissue, much like how a sponge soaks up moisture. Macroalgae can:

Seagrasses on the other hand are more closely related to land plants than to macroalgae. They have roots that anchor them to the seabed and can also absorb nutrients. Seagrasses are true flowering plants as they produce flowers, fruits, pollen and seeds, whereas macroalgae can produce spores, fragments, or inconspicuous flowers.

What role does macroalgae play in the ecosystem?

Estuaries are generally shallow with clear and protected waters, making them good habitats for macroalgae. Macroalgae is important to many aspects of the estuarine ecosystem, including:

When is macroalgae a problem?

Land clearing, increased drainage from agricultural land and increased run-off can cause excess nutrients in the ecosystem. These conditions (known as a eutrophic) can threaten the health of the estuary and aquatic life and create a cycle of poor conditions. Some species of macroalgae respond very rapidly to eutrophic conditions and can indicate poor water quality.

While macroalgae are a natural part of many estuarine ecosystems, an overabundance can be problematic. Large accumulations of certain types of macroalgae (‘nuisance algae’ like Ulva and Chaetomorpha) can smother seagrasses, reduce oxygen in the water and produce foul odours (Figure 2).

The Department of Water and Environmental Regulation’s seagrass team currently provides a snapshot of macroalgae in four south-west estuaries (Leschenault Estuary, Hardy Inlet, Wilson Inlet and Oyster Harbour) as part of the seagrass health and condition monitoring program. This work contributes to an integrated understanding of estuary health. 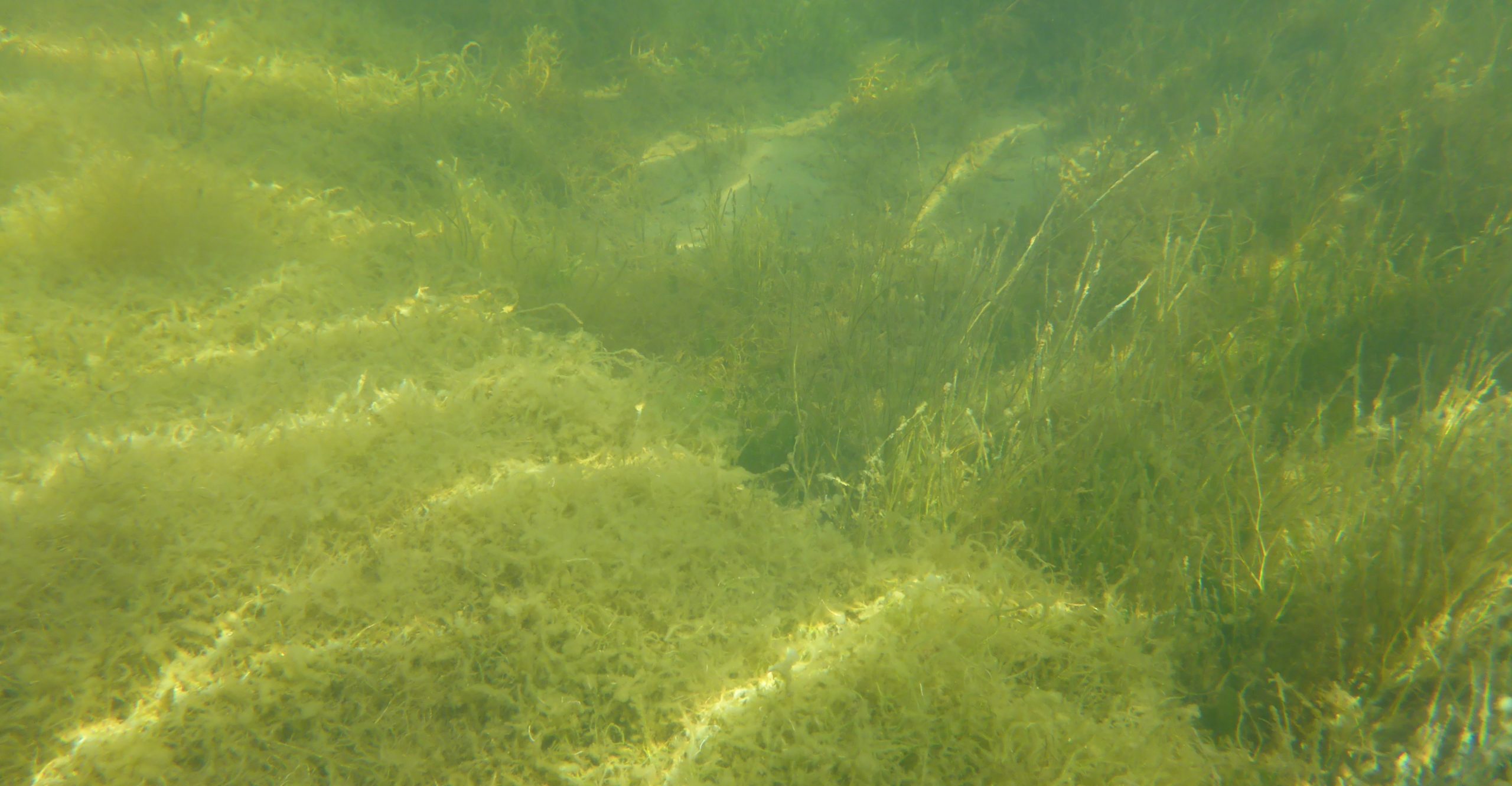 A macroalgae bloom in the Wilson Inlet seen from above the water.

View the latest data on macroalgae distribution in the estuaries we monitor.